Posted by proseandkahn at 1:08 PM No comments:

Email ThisBlogThis!Share to TwitterShare to FacebookShare to Pinterest
Labels: 2015 audio

Posted by proseandkahn at 12:47 PM No comments:

Email ThisBlogThis!Share to TwitterShare to FacebookShare to Pinterest
Labels: 2015 reading

Waiting on Wednesday: The Hidden Oracle by Rick Riordan 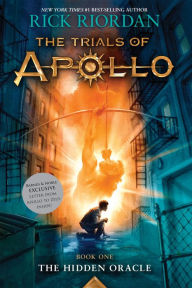 Publisher synopsis: How do you punish an immortal?


By making him human.

After angering his father Zeus, the god Apollo is cast down from Olympus. Weak and disoriented, he lands in New York City as a regular teenage boy. Now, without his godly powers, the four-thousand-year-old deity must learn to survive in the modern world until he can somehow find a way to regain Zeus's favor.

But Apollo has many enemies-gods, monsters, and mortals who would love to see the former Olympian permanently destroyed. Apollo needs help, and he can think of only one place to go . . . an enclave of modern demigods known as Camp Half-Blood.

What is this I found? Yet another Rick Riordan series? Wowzers!
Posted by proseandkahn at 3:00 AM No comments:

The TTT theme over at Broke and Bookish is Most Anticipated 2016 Releases.

Most of these have already been featured in a variety of What's New/ Stacking the Shelves posts. In order of release date: 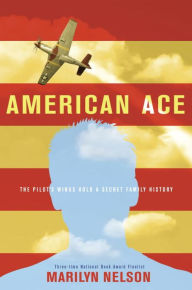 Publisher synopsis: This riveting novel in verse, perfect for fans of Jacqueline Woodson and Toni Morrison, explores American history and race through the eyes of a teenage boy embracing his newfound identity
Connor’s grandmother leaves his dad a letter when she dies, and the letter’s confession shakes their tight-knit Italian-American family: The man who raised Dad is not his birth father. But the only clues to this birth father’s identity are a class ring and a pair of pilot’s wings. And so Connor takes it upon himself to investigate—a pursuit that becomes even more pressing when Dad is hospitalized after a stroke. What Connor discovers will lead him and his father to a new, richer understanding of race, identity, and each other. 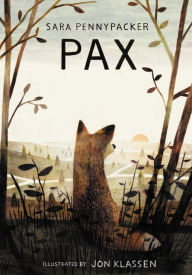 Publisher synopsis: From bestselling and award-winning author Sara Pennypacker comes a beautifully wrought, utterly compelling novel about the powerful relationship between a boy and his fox. Pax is destined to become a classic, beloved for generations to come.


Pax and Peter have been inseparable ever since Peter rescued him as a kit. But one day, the unimaginable happens: Peter's dad enlists in the military and makes him return the fox to the wild.
At his grandfather's house, three hundred miles away from home, Peter knows he isn't where he should be—with Pax. He strikes out on his own despite the encroaching war, spurred by love, loyalty, and grief, to be reunited with his fox.

Meanwhile Pax, steadfastly waiting for his boy, embarks on adventures and discoveries of his own. . . . 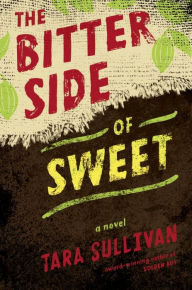 Publisher synopsis: For fans of Linda Sue Park and A Long Way Gone, two young boys must escape a life of slavery in modern-day Ivory Coast

Fifteen-year-old Amadou counts the things that matter. For two years what has mattered are the number of cacao pods he and his younger brother, Seydou, can chop down in a day. This number is very important. The higher the number the safer they are because the bosses won’t beat them. The higher the number the closer they are to paying off their debt and returning home to Moke and Auntie. Maybe. The problem is Amadou doesn’t know how much he and Seydou owe, and the bosses won’t tell him. The boys only wanted to make some money during the dry season to help their impoverished family. Instead they were tricked into forced labor on a plantation in the Ivory Coast; they spend day after day living on little food and harvesting beans in the hot sun—dangerous, backbreaking work. With no hope of escape, all they can do is try their best to stay alive—until Khadija comes into their lives. 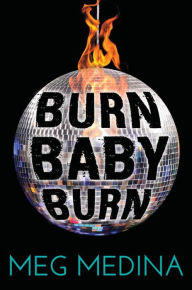 Nora Lopez is seventeen during the infamous New York summer of 1977, when the city is besieged by arson, a massive blackout, and a serial killer named Son of Sam who shoots young women on the streets. Nora’s family life isn’t going so well either: her bullying brother, Hector, is growing more threatening by the day, her mother is helpless and falling behind on the rent, and her father calls only on holidays. All Nora wants is to turn eighteen and be on her own. And while there is a cute new guy who started working with her at the deli, is dating even worth the risk when the killer likes picking off couples who stay out too late?

Award-winning author Meg Medina transports us to a time when New York seemed balanced on a knife-edge, with tempers and temperatures running high, to share the story of a young woman who discovers that the greatest dangers are often closer than we like to admit — and the hardest to accept. 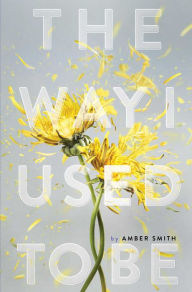 Publisher synopsis: In the tradition of Speak, this extraordinary debut novel shares the unforgettable story of a young woman as she struggles to find strength in the aftermath of an assault.


Eden was always good at being good. Starting high school didn’t change who she was. But the night her brother’s best friend rapes her, Eden’s world capsizes.

What was once simple, is now complex. What Eden once loved—who she once loved—she now hates. What she thought she knew to be true, is now lies. Nothing makes sense anymore, and she knows she’s supposed to tell someone what happened but she can’t. So she buries it instead. And she buries the way she used to be.

Told in four parts—freshman, sophomore, junior, and senior year—this provocative debut reveals the deep cuts of trauma. But it also demonstrates one young woman’s strength as she navigates the disappointment and unbearable pains of adolescence, of first love and first heartbreak, of friendships broken and rebuilt, and while learning to embrace a power of survival she never knew she had hidden within her heart. 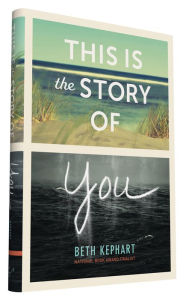 Publisher synopsis: On Haven, a six-mile long, half-mile-wide stretch of barrier island, Mira Banul and her Year-Rounder friends have proudly risen to every challenge. But then a superstorm defies all predictions and devastates the island, upending all logic and stranding Mira's mother and brother on the mainland. Nothing will ever be the same. A stranger appears in the wreck of Mira's home. A friend obsessed with vanishing disappears. As the mysteries deepen, Mira must find the strength to carry on—to somehow hold her memories in place while learning to trust a radically reinvented future. Gripping and poetic, This Is the Story of You is about the beauty of nature and the power of family, about finding hope in the wake of tragedy and recovery in the face of overwhelming loss. 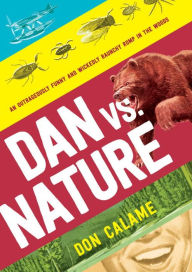 Shy and scrawny Dan Weekes spends his time creating graphic novels inspired by his dream girl and looking out for his mom as she dates every man in the state of California. Then his mom drops a bomb: she and her latest beau, Hank, are engaged, and she’s sending her "two favorite men" on a survivalist camping trip to "bond." Determined to trick Hank into showing his true — flawed — colors on the trip, Dan and his nerdy germaphobe best friend, Charlie, prepare a series of increasingly gross and embarrassing pranks. But the boys hadn’t counted on a hot girl joining their trip or on getting separated from their wilderness guide—not to mention the humiliating injuries Dan suffers in the course of terrorizing his stepdad-to-be. With a man-hungry bear on their trail, no supplies, and a lot of unpleasant itching going on, can Dan see his plan through now that his very survival depends on Hank? 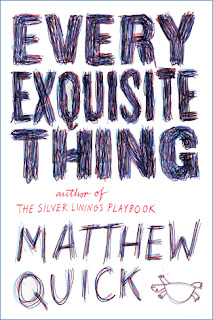 Publisher synopsis: Nanette O'Hare is an unassuming teen who has played the role of dutiful daughter, hardworking student, and star athlete for as long as she can remember. But when a beloved teacher gives her his worn copy of The Bugglegum Reaper—a mysterious, out-of-print cult classic—the rebel within Nanette awakens.


As she befriends the reclusive author, falls in love with a young but troubled poet, and attempts to insert her true self into the world with wild abandon, Nanette learns the hard way that rebellion sometimes comes at a high price.

A celebration of the self and the formidable power of story, Every Exquisite Thing is Matthew Quick at his finest. 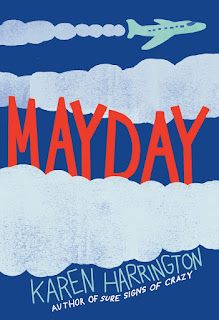 Publisher synopsis: A powerful coming-of-age story about the importance of finding your voice.


Wayne Kovok lives in a world of After. After his uncle in the army was killed overseas. After Wayne and his mother survived a plane crash while coming back from the funeral. After he lost his voice.

Wayne has always used his love of facts to communicate ("Did you know more people die each year from shaking a vending machine than from shark attacks?"). Without his voice, how will he wow the prettiest girl in school? How will he stand up to his drill-sergeant grandfather? And how will he share his hopes with his deadbeat dad? It's not until Wayne loses his voice completely that he realizes how much he doesn't say.
Filled with Karen Harrington's signature heart and humor, Mayday tackles an unforgettable journey of family and friendship. 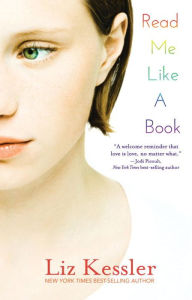 
Ashleigh Walker is a mediocre student with an assortment of friends, a sort-of boyfriend, and no plans for the future. Then a straight-from-college English teacher, Miss Murray, takes over Ash’s class and changes everything. Miss Murray smiles a lot. She shares poetry with curse words in it. She’s, well, cool. And she seems to really care about her students. About Ashleigh. For the first time, Ash feels an urge to try harder. To give something — someone — her best. Before she knows it, Ashleigh is in love. Intense, heart-racing, all-consuming first love. It’s strong enough to distract her from worrying about bad grades and her parents’ marriage troubles. But what will happen if Miss Murray finds out Ashleigh is in love with her?