Publisher synopsis: Separation and miles cannot keep a determined cardinal from his loved one in an ode to serendipity and belief that is destined to be a new Christmas classic.

Red and Lulu make their nest in a particularly beautiful evergreen tree. It shades them in the hot months and keeps them cozy in the cold months, and once a year the people who live nearby string lights on their tree and sing a special song: O Christmas Tree, O Christmas Tree. But one day, something unthinkable happens, and Red and Lulu are separated. It will take a miracle for them to find each other again. Luckily, it’s just the season for miracles. . . . From Matt Tavares comes a heart-tugging story combining the cheer of Christmas, the magic of New York City, and the real meaning of the holiday season: how important it is to be surrounded by love. 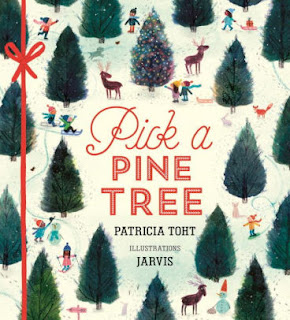 Publisher synopsis: A festive read-aloud brimming with all the joy and excitement of Christmastime — beginning, of course, with picking out a tree!

Part of the magic of the Christmas season stems from the traditions that families and friends take part in every year: hanging up stockings; putting lights in the windows; and, one of the most important of all, picking out and taking home the Christmas tree. With style and warmth, debut author Patricia Toht and Jarvis, the author-illustrator of Alan’s Big, Scary Teeth, evoke all the rituals of decorating the tree — digging out boxes jam-packed with ornaments and tree trimmings, stringing tinsel, and, at long last, turning on those twinkling lights. Joyously drawn 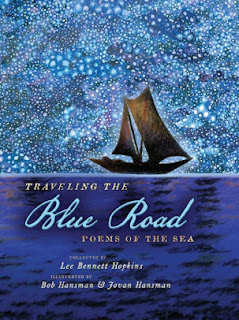 Publisher synopsis: Gorgeous illustrations surround a collection of poetry written for children about the courage, beauty, and promise of sea voyages. Compiled and edited by award-winning poet Lee Bennett Hopkins, the poems describe how the sea has historically shone as a metaphor for hope and despair and served as a pathway for people searching for new life, including poems about the pilgrims coming to the New World, the Mariel boatlift, the Vietnamese boat people, a Dutch slave ship, the current migration situation in the Mediterranean, and the voyage of the St. Louis.

I have coveted this one ever since viewing a couple of pdf printouts from the book at the July publisher preview at Quarto. Thanks Michelle! 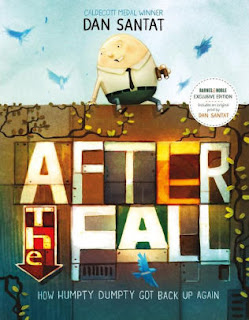 Publisher synopsis: From the New York Times–bestselling and award-winning author and illustrator of Beekle: The Unimaginary Friend comes the inspiring epilogue to the beloved classic nursery rhyme Humpty Dumpty.

Caldecott Medalist Dan Santat's poignant tale follows Humpty Dumpty, an avid bird watcher whose favorite place to be is high up on the city wall—that is, until after his famous fall. Now terrified of heights, Humpty can longer do many of the things he loves most.

Will he summon the courage to face his fear?

I adore this man and his work. He just keeps getting better.