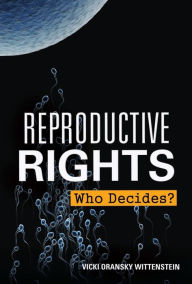 Methods of preventing conception in ancient societies range from the amusing to the surprisingly effective. Controlling reproduction has been so consistently attempted through the ages that one may infer that it was an issue during prehistory as well. This slim volume cogently and succinctly lays out the history of attempts to control reproduction.

Jumping from early history to the Victorian Era to the banning of contraception in the U. S. in the early part of the late nineteenth century thanks to Anthony Comstock's zealous prosecution of anyone distributing methods of contraception or attempting to educate. A chapter is devoted to Margaret Sanger, an untiring proponent of reproductive rights, as well as lesser known activists such as Mary Ware Dennett. Other historical and political influences are explained, such as the Eugenics Movement, campaigns to prevent sexually transmitted diseases by the military and sterilization laws that unfairly targeted African Americans. The FDA approval of the birth control pill afforded women a reliable method of birth control and opened the door to new possibilities and freedom. Additionally, both sides of the abortion rights arguments are given fair and equal treatment. The concluding chapter introduces the reader to modern global reproductive issues. Teen readers in first world countries may be surprised to learn that women's health in developing countries is perilous and lacking.

The book is beautifully designed from the striking cover photograph through the strategically placed text boxes and well-captioned photos, maps, and illustrations. Glossary, source notes, bibliography and suggestions for further reading round out this useful volume. Excellent for teen researchers or nascent activists or feminists, this book serves as a much-needed reminder that these rights were hard-fought, relatively recently won and are threatened here in the U.S. in our current political climate. A much needed purchase for upper middle, high school and public libraries. I would also propose that women's studies professors consider adding it to their syllabus.

Before becoming an author, VICKI ORANKSY WITTENSTEIN prosecuted criminal cases as an assistant district attorney with the Manhattan District Attorney's office. She earned an MFA in writing for children and young adults from Vermont College of Fine Arts. Vicki has written a number of science articles and books for the juvenile market, including Planet Hunter: Geoff Marcy and the Search for Other Earths, which won the 2011 Science Communication Award from the American Institute of Physics. Her book For the Good of Mankind? The Shameful History of Human Medical Experimentation was a Junior Literary Guild selection. Vicki and her husband live in Brooklyn, New York. Visit her website at vickiwittenstein.com.

Praise for REPRODUCTIVE RIGHTS: WHO DECIDES?
★"Though slim, this volume packs a wallop."  --Booklist (starred review)

"Well written and impeccably researched, this volume will appeal to budding activists and feminists and to those concerned about human rights." --School Library Journal

Other stops on the tour:

Tues, Feb 23
Through the Tollbooth: http://www.throughthetollbooth.com/