High Tea with Sir Barry (a Stacking of Sorts)

I am still processing the absolutely amazing afternoon I had yesterday. I got permission to leave school a bit early in order to trek into the city (Manhattan) to attend a high tea with Barry Cunningham, founder of Chicken House Publishing at Scholastic headquarters downtown.

Scholastic is very good to me. I receive fairly regular invitations to their large events so I assumed that I would be one of a crowd to hear this charming, amusing and enthusiastic man speak. (I always enjoy his segments on the Scholastic online previews) Imagine my surprise to find I was one of eight gathered in the posh living room in the penthouse of the building!

If the name Barry Cunningham doesn't ring any bells; it should. He happens to be the editor (at Bloomsbury) who published a little manuscript called Harry Potter and the Philosopher's Stone nearly twenty years ago. In 2000, he left Bloomsbury and founded Chicken House Publishing with Rachel Hickman. The house is small, publishing only about 25 books per year; but Cunningham's mission is to publish unique and interesting books - books destined to become classics. His roster of authors includes Cornelia Funke, Rachel Ward and Roderick Gordon.

Here are the books he booktalked: 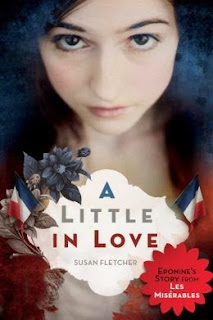 Paris, 1832
A girl lies alone in the darkness, clutching a letter to her heart.
Eponine remembers being a child: her swing and the peach tree, and the baby brother she loved. But mostly she remembers being miserable. Taught to lie and cheat, and to hate the one girl, Cosette, who might have been her friend.
Now, at sixteen, the two girls meet again, and Eponine has one more chance. But what is the price of friendship--the love of a boy? 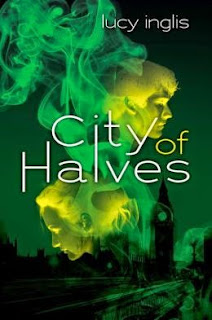 When sixteen-year-old Lily is attacked by a two-headed dog, she's saved by hot, tattooed, and not-quite-human Regan. As Guardian of the Gates, it's his job to protect both halves of the City--new and old--from restless creatures that threaten its very existence. But an influx of these mythological beasts has Regan worried that something terrible--and immense--is about to happen.
The missing girls may have something to do with the monsters wandering around London, but what do they have in common? Can Lily and Regan find the girls and discover the truth in time to save London from being torn apart? 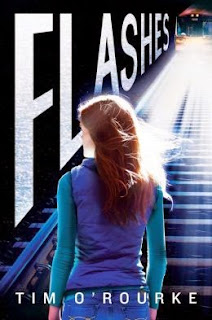 Flashes of things she can't explain. A girl in trouble. The sound of trains. She feels certain they are clues to a crime. But no one will believe her. Until she meets Tom, a young policeman on his first case: an accidental death on the railway tracks, not far from where Charley lives. Was it an accident, suicide . . . or murder?
The attraction between Charley and Tom is instant, but can they work together to find out what really happened on the tracks before it happens again?:

Synopsis: Darkus Cuttle's dad mysteriously goes missing from his job as Director of Science at the Natural History Museum. Vanished without a trace from a locked room! So Darkus mives in with his eccentric Uncle Max and next door to Humphrey and Pickering, two lunatic cousins with an enormous beetle infestation. Darkus soon discovers that the beetles are anything but ordinary. They're an amazing, intelligent, super species and they're in danger of being exterminated. It's up to Darkus and his friends to save the beetles. But they're up against an even more terrifying villain-- mad scientist of fashion, haute couture villainess Lucretia Cutter. Lucretia has an alaming interest in insects and dastardly plans for the bugs. She won't let anone or anything stop her, including Darkus's dad, who she has locked up in her dungeons. The beetles and kids oin forces to rescue Mr. Cuttle and thwart Lucretia. 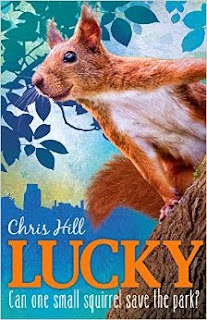 Synopsis: In the leafy boughs of Albion Park, two grey squirrel clans - the Cloudfoots and the Northenders - fight daily for survival, as well as battling each other! Life is extra hard for the young red squirrel who suddenly finds himself living amongst them. But this squirrel is Lucky ... 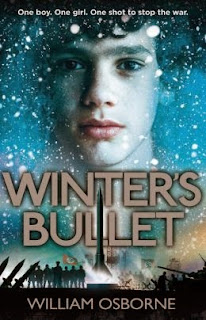 Synopsis: Tygo, a locksmith's son, is forced by the Nazis to loot abandoned Dutch homes for valuables. Known as "The Ferret," everyone despises him, but helping the Germans is the only way he can stay alive. When he discovers a girl with a diamond in a chimney, he refuses to give her up. Instead, he turns spy and uses the jewel to find out information about Hitler's ultimate weapon. He has one shot to stop the war. Can a ferret become a hero? 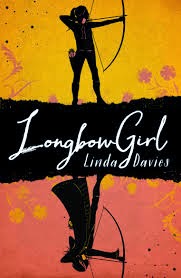 Synopsis: Set in the wilds of the Welsh mountains, the brave and beautiful longbow girl, Merry Owen, discovers a river that takes her back in time to the autocratic kingdom of King Henry VIII. While there she finds she must compete in an archery tournament to save her ancestors' land from being seized by their aristocratic neighbors the de Courcys. Merry's best friend James de Courcy (and heir to the de Courcy wealth) follows her back in time and the two get tangled up in their families' ancient histories. There are forces working against them both in the past and the present. Will they be able to survive their pasts to save their futures?

Quite an exciting line-up, eh? It'll be a few weeks before I can dive into these but I am so excited for them. I have no idea what stars aligned to get me on this list. I sat and listened, rapt, while reminding myself not to let my jaw hang open in awe. Huge thanks and hugs to Lori B. for the invite. And the food was delish!

Posted by proseandkahn at 5:48 PM