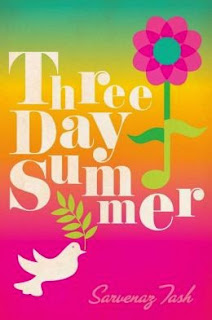 Three Day Summer actually takes place from Thursday through Monday, August 14 through the 18th,1969, when Max Yasgur rented his farm out for a three day concert known as The Woodstock Music and Art Fair. The actual concert was held in Bethel, New York. The story is told in alternating voices by Michael and Cora.

Michael hails from a suburb of Boston, Massachusetts and arrives in Bethel on Thursday with his girlfriend Amanda and a car full of friends bent on listening to some great music and getting high. Michael isn't sure which direction his life should be taking. He has no desire to go to college and thereby deferring the draft. Nor does he wish to risk being drafted and sent to fight in Vietnam. His relationship with Amanda is on the rocks; it seems they argue about everything. At this point, his only passion is music and he is determined to enjoy this one-in-a-lifetime music experience.

Cora is a hometown gal. Her older brother has been in-country for two years now. She is disturbed by his last letter home. She wants him out of there now. Her two-war veteran father is immensely proud of Mark and dismayed by his neighbor's willingness to rent his land to a bunch of war protesting hippies. He's also barely civil to Cora's twin brother,  Wes, who plans on attending the concert carrying signs protesting the war. Cora herself is a bit at sea. She's volunteering in the medical tent because she'll probably go to nursing school, but what she'd really like to do is go to medical school. She's still reeling from a recent breakup with her boyfriend, Ned.

The shifting POV works really well in this story. Cora meets Michael when he is brought to the medical tent after dropping LSD. He's not having a bad trip per se given the fact that he dropped the brown acid. Cora appears to be an exotic bird to him and he's entranced. She nurses him through his hallucinations and they go their separate ways until they meet again. Cora, ever the good girl, begins to question her whole life over the course of the weekend. The concert and Michael help to broaden her horizons.

This appealing story gives the reader a strong sense of setting.  It would make for a great beach read. The weekend was all about sex, drugs and rock and roll so the content is a bit mature for most middle schoolers. But do give it to serious fans of rock music. Highly recommended for high school libraries. Pair it with Jordan Sonnenblick's Are You Experienced? to give contemporary readers insight into that pivotal weekend. I especially liked how the author ties in Rolling Stone magazine. Ms. Tash provides a playlist of songs on her website. She also guest blogs at several stops on the blog tour.

Check out the other posts:

Mon, May 11
What a Nerd Girl Says
http://whatanerdgirlsays.com/
Tues, May 12
GreenBeanTeenQueen
http://www.greenbeanteenqueen.com/
Wed, May 13
Mother Daughter Book Club
http://motherdaughterbookclub.com/
Thurs, May 14
Curling Up with a Good Book
http://curling-up-with-a-good-book.blogspot.com/
Fri, May 15
The Compulsive Reader
http://www.thecompulsivereader.com/
Mon, May18
The Hiding Spot
http://thehidingspot.blogspot.com/
Tues, May 19
Adventures of a Book Junkie
http://toofondofbooks.com/
Wed, May 20
Me!
Thurs, May 21
The Haunting of Orchid Forsythia
http://hauntedorchid.blogspot.com/
Fri, May 22
Word Spelunker
http://wordspelunking.blogspot.com/ 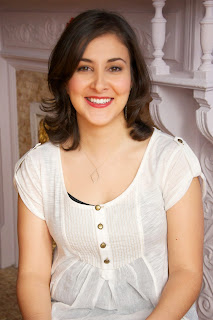 Sarvenaz Tash was born in Tehran, Iran, and grew up on Long Island, NY. She received her BFA in Film and Television from New York University’s Tisch School of the Arts. She has dabbled in all sorts of writing including screenwriting, copywriting, and professional tweeting. Sarvenaz currently lives in Brooklyn, NY. For more information, visit: sarvenaztash.com.
Twitter: @SarvenazTash

Finally, thanks to Blue Slip Media, I have a copy to give away. Leave a comment and/ or email me at bkahnlovesbooks (at) gmail (dot) com to enter. (U.S. addresses; please allow 4-6 weeks for delivery).
Posted by proseandkahn at 3:00 AM