StS is a weekly meme hosted by Tynga's Reviews. Hop on over there to ogle what other bloggers got.

This was a quiet week, thankfully. I am so, so behind in my reading, I need a nap just thinking about it. My energy levels have been low, so my book-a-day is suffering. Still, I couldn't resist buying these: 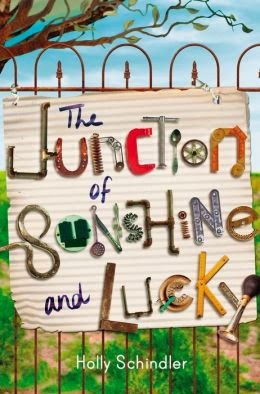 Publisher synopsis: August “Auggie” Jones lives with her Grandpa Gus, a trash hauler, in a poor part of town. So when her wealthy classmate’s father starts the House Beautification Committee, it’s homes like Auggie’s that are deemed “in violation.” Auggie is determined to prove that she is not as run-down as the outside of her house might suggest. Using the kind of items Gus usually hauls to the scrap heap, a broken toaster becomes a flower; church windows turn into a rainbow walkway; and an old car gets new life as spinning whirligigs. What starts out as a home renovation project becomes much more as Auggie and her grandpa discover a talent they never knew they had—and redefine a whole town’s perception of beauty, one recycled sculpture at a time. Auggie’s talent for creating found art will remind readers that one girl’s trash really is another girl’s treasure.

I can't remember where I learned of this one, but I adore the cover and am really in the mood for something gentle. 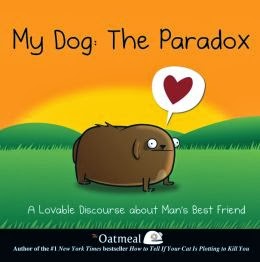 
Publisher synopsis: In My Dog: The Paradox, Inman discusses the canine penchant for rolling in horse droppings, chasing large animals four times their size, and acting recklessly enthusiastic through the entirety of their impulsive, lovable lives. Hilarious and heartfelt, My Dog: The Paradox eloquently illustrates the complicated relationship between man and dog.

We will never know why dogs fear hair dryers, or being baited into staring contests with cats, but as Inman explains, perhaps we love dogs so much “because their lives aren’t lengthy, logical, or deliberate, but an explosive paradox composed of fur, teeth, and enthusiasm.”
You may have seen this on the Internet. I hadn't until this week. When I learned it was made into a book, I had to buy it for my husband. Every time I catch him feeding the dogs from the table, he declaims, "But their lives are so short! You are going to deny them this pleasure?" It's his Valentine's gift.