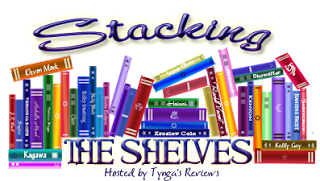 StS is a weekly meme hosted by Tynga's Reviews. Pop over there to see what other bloggers got.

Only one of my boxes arrived from ALA. I shipped the first on Saturday and my husband told me it arrived Monday, while I was still at the conference. On Monday, I shipped two boxes and a poster mailer, but they have yet to arrive. I'm guessing the holiday held things up.

Here are six that I went to conference hoping to get: 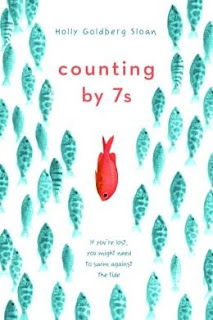 I've already read this extraordinary book, but have scheduled the review to run July 29 because I learned at the YA blogger pre-conference that that's when publishers like to see the blog reviews start coming. So I have to get into the habit of scheduling reviews or delaying the gratification of reading a hot new title as soon as it gets into my grubby little hands. 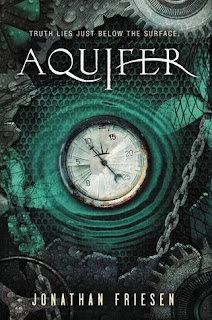 Publisher synopsis: Only He Can Bring What They Needed to Survive.
In 2250, water is scarce, and those who control it control everything. And they'll do anything to maintain their power---deceiving, dividing families, banning love ... even killing those who oppose them. But above all, they seek to control knowledge and communication---ensuring the truth that will bring their downfall will never be known.
But one person verges on discovering it all. Sixteen-year-old Paki becomes the Deliverer, the only one allowed to contact the people called 'Water Rats,' who mine the essential water deep underground and bring it to the 'Toppers' who desperately need it above. But when he meets a Water Rat who captures his heart and leads him to secrets---secrets about a vast conspiracy, and about himself---the net around him tightens. Paki and those around him must uncover and share the truth needed to overthrow tyranny---even as they fight for their lives. 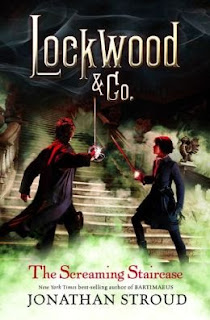 Publisher synopsis: A sinister Problem has occurred in London: all nature of ghosts, haunts, spirits, and specters are appearing throughout the city, and they aren't exactly friendly. Only young people have the psychic abilities required to see-and eradicate-these supernatural foes. Many different Psychic Detection Agencies have cropped up to handle the dangerous work, and they are in fierce competition for business.
In The Screaming Staircase, the plucky and talented Lucy Carlyle teams up with Anthony Lockwood, the charismatic leader of Lockwood & Co, a small agency that runs independent of any adult supervision. After an assignment leads to both a grisly discovery and a disastrous end, Lucy, Anthony, and their sarcastic colleague, George, are forced to take part in the perilous investigation of Combe Carey Hall, one of the most haunted houses in England. Will Lockwood & Co. survive the Hall's legendary Screaming Staircase and Red Room to see another day? 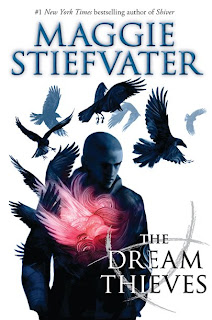 Publisher synopsis: Now that the ley lines around Cabeswater have been woken, nothing for Ronan, Gansey, Blue and Adam will be the same. Ronan, for one is falling more and more deeply into his dreams, and his dreams are intruding more and more into waking life. Meanwhile, some very sinister people are looking for some of the same pieces of the Cabeswater puzzle that Gansey is after... 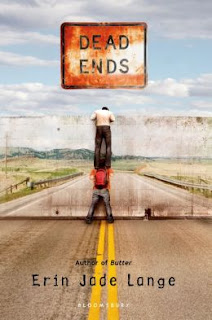 Publisher synopsis: A riddle rarely makes sense the first time you hear it. The connection between Dane and Billy D doesn’t make sense the second time you hear it. But it’s a collection of riddles that solidifies their unusual friendship.
Dane is a bully with two rules: don’t hit girls and don’t hit special kids. Billy D has Down syndrome. When Dane doesn’t hit him, Billy sees a sign of friendship and reaches out for help. Billy is sure the riddles his missing father left in an atlas are really clues to finding him. Together, Billy and Dane piece them together, leading to unmarked towns and secrets of the past. But they’re all dead ends. Until the final clue . . . and a secret Billy shouldn’t have been keeping.
Butter, Lange's debut, ripped my heart to shreds. 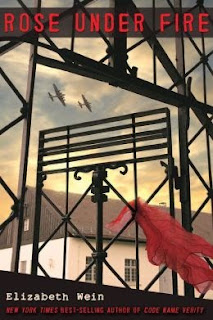 Publisher synopsis: While flying an Allied fighter plane from Paris to England, American ATA pilot and amateur poet, Rose Justice, is captured by the Nazis and sent to Ravensbr ck, the notorious women's concentration camp. Trapped in horrific circumstances, Rose finds hope in the impossible through the loyalty, bravery and friendship of her fellow prisoners. But will that be enough to endure the fate that's in store for her?

Code Name Verity was probably my favorite YA of 2012. So looking forward to this.

Happy reading!
Posted by proseandkahn at 3:00 AM