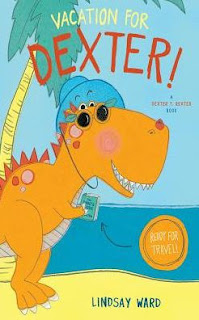 Publisher synopsis: Dexter T. Rexter is on a plane—for the very first time.

Dexter can’t wait to go on vacation with his best friend, Jack. Supercool orange sunglasses? Check. Nifty travel hat? Check. Plane tickets? Uh, what? Dexter may be the toughest, coolest dinosaur around, but everyone knows T. rexes don’t fly! If anyone could do it, he could. It’s just that he’s suddenly feeling a little hot. And maybe a little nervous. But just as he starts to melt down, he notices Jack looks upset. Dexter realizes he has to be brave enough for both of them. And maybe, just maybe, he’ll start to have a bit of fun in the air.

Both nervous and funny, Dexter tells the readers what he’s feeling and even asks their advice as he comes to understand that being brave with a friend makes everything a little better. And hey, those cookies during the flight don’t hurt, either! 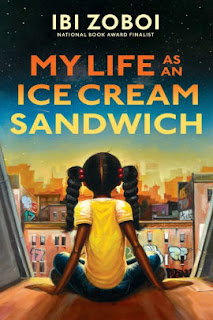 Publisher synopsis: National Book Award-finalist Ibi Zoboi makes her middle-grade debut with a moving story of a girl finding her place in a world that's changing at warp speed.

Twelve-year-old Ebony-Grace Norfleet has lived with her beloved grandfather Jeremiah in Huntsville, Alabama ever since she was little. As one of the first black engineers to integrate NASA, Jeremiah has nurtured Ebony-Grace’s love for all things outer space and science fiction—especially Star Wars and Star Trek. But in the summer of 1984, when trouble arises with Jeremiah, it’s decided she’ll spend a few weeks with her father in Harlem.

Harlem is an exciting and terrifying place for a sheltered girl from Hunstville, and Ebony-Grace’s first instinct is to retreat into her imagination. But soon 126th Street begins to reveal that it has more in common with her beloved sci-fi adventures than she ever thought possible, and by summer's end, Ebony-Grace discovers that Harlem has a place for a girl whose eyes are always on the stars.

So excited to read Zoboi's Middle Grade debut! I adored her YA debut, American Street and her most recent YA, Pride. 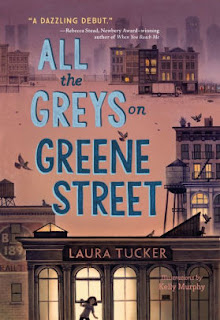 Publisher synopsis: SoHo, 1981. Twelve-year-old Olympia is an artist—and in her neighborhood, that's normal. Her dad and his business partner Apollo bring antique paintings back to life, while her mother makes intricate sculptures in a corner of their loft, leaving Ollie to roam the streets of New York with her best friends Richard and Alex, drawing everything that catches her eye.

Then everything falls apart. Ollie's dad disappears in the middle of the night, leaving her only a cryptic note and instructions to destroy it. Her mom has gone to bed, and she's not getting up. Apollo is hiding something, Alex is acting strange, and Richard has questions about the mysterious stranger he saw outside. And someone keeps calling, looking for a missing piece of art. . . .

Olympia knows her dad is the key—but first, she has to find him, and time is running out. 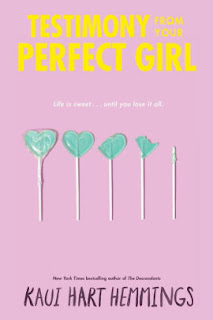 Publisher synopsis: Annie Tripp has everything she needs—Italian sweaters, vintage chandelier earrings, and elite ice skating lessons—but all that changes when her father is accused of scamming hundreds of people out of their investments. Annie knows her dad wasn't at fault, but she and her brother are exiled to their estranged aunt and uncle's house in a run-down part of Breckenridge—until the trial blows over.

Life with her new family isn't quite up to Annie's usual standard of living, but surprisingly, pretending to be someone else offers a freedom she's never known. As Annie starts to make real friends for the first time, she realizes she has more in common with her aunt and uncle than she ever wanted to know. As the family's lies begin to crumble and truths demand consequences, Annie must decide which secrets need to see the light of day . . . and which are worth keeping. 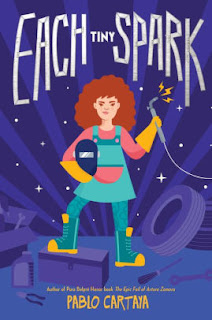 Publisher synopsis: Emilia Torres has a wandering mind. It's hard for her to follow along at school, and sometimes she forgets to do what her mom or abuela asks. But she remembers what matters: a time when her family was whole and home made sense. When Dad returns from deployment, Emilia expects that her life will get back to normal. Instead, it unravels.

Dad shuts himself in the back stall of their family's auto shop to work on an old car. Emilia peeks in on him daily, mesmerized by his welder. One day, Dad calls Emilia over. Then, he teaches her how to weld. And over time, flickers of her old dad reappear.

But as Emilia finds a way to repair the relationship with her father at home, her community ruptures with some of her classmates, like her best friend, Gus, at the center of the conflict.

Each Tiny Spark by Pablo Cartaya is a tender story about asking big questions and being brave enough to reckon with the answers. 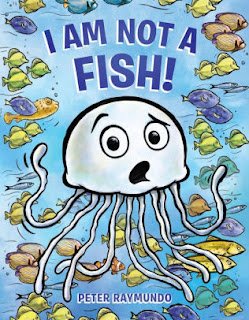 Publisher synopsis: Edgar is a jellyfish, but he doesn't look, act, or feel very much like a "fish." With a little help though from some friendly starfish, Edgar realizes that labels aren't important, and he should celebrate what makes him unique!