I have an occasional post called "Cover Coincidence" in which I share covers that are eerily similar, or in one case, identical. This week, I picked up two books that I need to review to peruse and found that their first lines are quite similar. 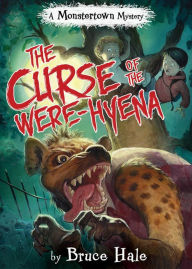 Publisher synopsis: What do you do when your favorite teacher starts turning into a were-hyena?

a) Flee in terror? b) Try to cure him? c) Bring him carrion snacks?
Mr. Chu, the coolest teacher ever, has developed some very unusual habits, like laughing hysterically for no reason, sniffing people's homework, and chasing chickens. When best friends Carlos and Benny decide to find out what's happening to him, they get caught up in some moonlight madness. And it looks like just the beginning of the weirdness that has arrived in the town of Monterrosa. . . . This first entry in a silly, sassy, and suspenseful new series will leave readers howling with laughter.

First Line: Monsters are all around us. The thing under the bed that kept you up, spooked and sleepless, in first grade? Totally real.

Page 56: After we served our detention, Benny busted out his amazing skills of persuasion. Somehow, he sweet-talked his mom into dropping us at the comics store while she took the chickens and the rest of our gear home. (For the record, my mom would never do something like that unless my little sister, Veronica, was involved. She believes in teaching self-reliance-to boys, anyway.) 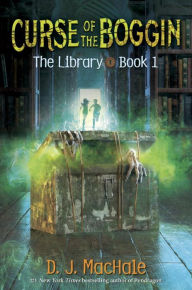 It’s called the Library, and you can get there with a special key. But beware! Don’t start a story you can’t finish. Because in this library, the stories you can’t finish just might finish you.

First Line: It was under the bed.
Parent always tell their children there's nothing scary down there, or lurking in the deep depths of a closet, or hiding low in dark shadows. That's what parents always say, and they're right.
Most of the time.

Page 56: I hesitated. What if Mrs. Swenor was actually there? What would I say to her? She wasn't going to feel like talking to a crazy kid about her husband's ghost. I actually took a step back, ready to run the heck out of there, but forced myself to stop. The fear of not knowing why I was being haunted was even scarier than facing a sad lady.

Funny coincidence, huh?
Posted by proseandkahn at 4:17 AM