STS is a weekly meme hosted by Tynga's Reviews. Pop on over there to share your new books and ogle what other bloggers got.

For review:
Many thanks to my arc-godmother at Candlewick for these three: 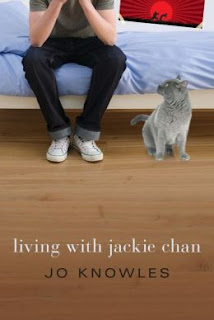 Publisher Synopsis: After fathering a baby, a teenager moves in with his karate-loving uncle and tries to come to terms with his guilt — and find a way to forgive.

This isn’t how Josh expected to spend senior year. He thought he’d be hanging out with his best friends, Dave and Caleb, driving around, partying, just like always. But here he is, miles from home — new school, new life, living with his Jackie-Chan-obsessed uncle, Larry, and trying to forget. But Josh can’t forget. So many things bring back memories of last year and the night that changed everything. Every day the pain, the shame, and the just not knowingare never far from his thoughts. Why is he such a loser? How could he have done what he did? He finds some moments of peace when he practices karate with Stella, the girl upstairs and his one real friend. As they move together through the katas, Josh feels connected in a way he has never felt before. He wonders if they could be more than friends, but Stella’s jealous boyfriend will make sure that doesn’t happen. And maybe it doesn’t matter. If Stella knew the truth, would she still think he was a True Karate Man? Readers first met Josh in Jumping Off Swings which told the story of four high school students and how one pregnancy changed all of their lives. In thiscompanion book, they follow Josh as he tries to come to terms with what happened, and find a way to forgive. 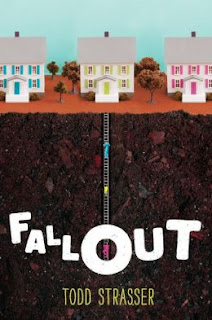 Fallout by Todd Strasser. 272 p. Candlewick Press, September 10, 2013. 9780763655341.
Publisher Synopsis: What if the bomb had actually been dropped? What if your family was the only one with a shelter?
In the summer of 1962, the possibility of nuclear war is all anyone talks about. But Scott’s dad is the only one in the neighborhood who actually prepares for the worst. As the neighbors scoff, he builds a bomb shelter to hold his family and stocks it with just enough supplies to keep the four of them alive for two critical weeks. In the middle of the night in late October, when the unthinkable happens, those same neighbors force their way into the shelter before Scott’s dad can shut the door. With not enough room, not enough food, and not enough air, life inside the shelter is filthy, physically draining, and emotionally fraught. But even worse is the question of what will — and won’t — remain when the door is opened again. Internationally best-selling author Todd Strasser has written his most impressive and personal novel to date, ruthlessly yet sensitively exploring the terrifying what-ifs of one of the most explosive moments in human history. 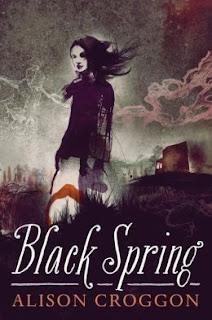 Black Spring by Alison Croggon. 288p. Candlewick Press, August 27, 2013. 9780763660093.
Publisher Synopsis: Inspired by the gothic classic Wuthering Heights, this stunning new fantasy from the author of the Books of Pellinor is a fiercely romantic tale of betrayal and vengeance.
In a savage land sustained by wizardry and ruled by vendetta, Lina is the enchanting but willful daughter of a village lord. She and her childhood companion, Damek, have grown up privileged and spoiled, and they’re devoted to each other to the point of obsession. But Lina’s violet eyes betray her for a
witch, and witches are not tolerated in a brutally patriarchal society. Her rank protects her from persecution, but it cannot protect her from tragedy and heartbreak. An innocent visitor stands witness to the devastation that ensues as destructive longing unleashes Lina’s wrath, and with it her forbidden power. Whether drawn by the romantic, the magical, or the gothic, readers will be irresistibly compelled by the passion of this tragic tale. 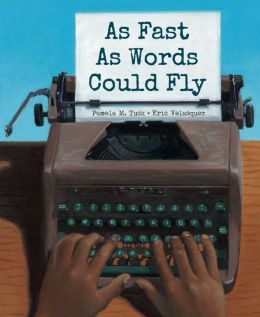 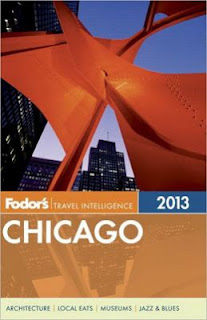 ALA Annual, and can you believe that my library cooperative did not own an up-to-date guide? 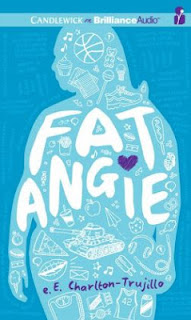 Publisher synopsis: Her sister was captured in Iraq, she’s the resident laughingstock at school, and her therapist tells her to count instead of eat. Can a daring new girl in her life really change anything?

Angie is broken — by her can’t-be-bothered mother, by her high-school tormenters, and by being the only one who thinks her varsity-athlete-turned-war-hero sister is still alive. Hiding under a mountain of junk food hasn’t kept the pain (or the shouts of "crazy mad cow!") away. Having failed to kill herself — in front of a gym full of kids — she’s back at high school just trying to make it through each day. That is, until the arrival of KC Romance, the kind of girl who doesn’t exist in Dryfalls, Ohio. A girl who is one hundred and ninety-nine percent wow! A girl who never sees her as Fat Angie, and who knows too well that the package doesn’t always match what’s inside. With an offbeat sensibility, mean girls to rival a horror classic, and characters both outrageous and touching, this darkly comic anti-romantic romance will appeal to anyone who likes entertaining and meaningful fiction. 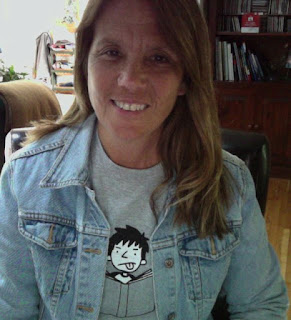