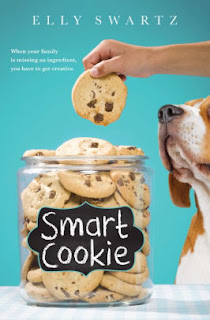 Publisher synopsis: Sometimes you need to keep a few secrets.

Frankie knows she'll be in big trouble if Dad discovers she secretly posted a dating profile for him online. But she's determined to find him a wife, even if she ends up grounded for life. Frankie wants what she had before Mom died. A family of three. Two is a pair of socks or the wheels on a bicycle or a busy weekend at the B&B where Frankie and Dad live. Three is a family. And Frankie's is missing a piece.

But Operation Mom is harder to pull off than Frankie expects. None of the Possibles are very momish, the B&B's guests keep canceling, Frankie's getting the silent treatment from her once best friend, and there's a maybe-ghost hanging around. Worst of all, Gram and Dad are definitely hiding secrets of their own.

If a smart cookie like Frankie wants to save the B&B and find her missing piece, she's going to have to figure out what secrets are worth keeping and when it's time to let go. 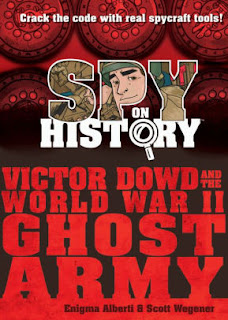 Publisher synopsis: Your mission: Find Victor Dowd's missing sketchbook. And discover one of the most unusual stories of World War II.

Meet the 603rd Camouflage Engineers, better known as the Ghost Army. This group of artists and sound engineers was trained to deceive the Germans in World War II with everything from fake tanks to loudspeakers broadcasting the sound of marching troops. And meet Victor Down, a real-life sergeant who with his fellow Ghost Army troops fought his way from Normandy, through France, and eventually across the Rhine. Second in the Spy on History series, it's a compelling story of a little-known chapter from the war-and a mystery to solve. Using spy craft materials included in an envelope, readers will discover and unravel the clues embedded in the book's text and illustrations, and uncover the mystery of Victor Dowd's missing sketchbook.