For review: Bonanza this week! A box arrived from Penguin Random House and a package arrived from Candlewick! All the Penguin titles intrigue, but these two made me do a happy dance! 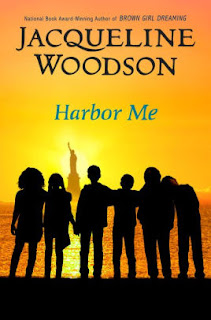 Publisher synopsis: It all starts when six kids have to meet for a weekly chat--by themselves, which no adults to listen in. There, in the room they soon dub the ARTT Room (short for "A Room to Talk"), they discover it's safe to talk about what's bothering them--everything from Esteban's father's deportation and Haley's father's incarceration to Amari's fears of racial profiling ad Ashton's adjustment to his changing family fortunes. When the six are together, they can express the feeling and fears they have to hide from the rest of the world. And together they can grow braver and more ready for the rest of their lives. 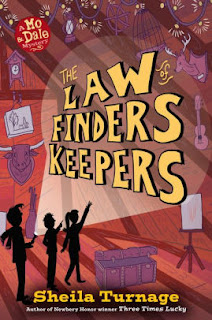 Publisher synopsis: The heart-warming conclusion to the beloved Mo & Dale Mysteries by Newbery Honor author Sheila Turnagefeaturing the most shocking case yet!

Pirate fever sweeps through the town after an opportunistic treasure hunter shows up looking to lay claim to Blackbeard's lost gold buried somewhere in Tupelo Landing. When the (probably) world-famous Desperado Detectives--Mo and Dale and Harm--are hired by Mayor Little's mother to find the pirate loot for her, and the high-stakes race for riches is on!
But that's not the only treasure hunt in town. Mo LoBeau unearths shocking new clues that may lead to her long-lost Upstream Mother--in the riskiest, scariest, and possibly richest case of her life.
Will Mo find her Upstream Mother? Can the Desperados sidestep Blackbeard's curse and outsmart a professional treasure hunter? Will Dale faint under the pressure of Valentine's Day?
Could the stakes be any higher? Yes. With twin treasures hanging in the balance, Mo, Dale, and Harm realize one of them may have to leave Tupelo Landing. For good. 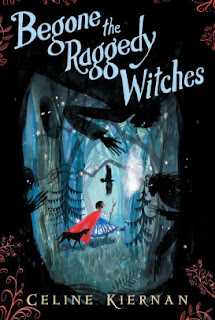 Publisher synopsis: When witches kidnap her dad, Mup is swept up in a wild tide of magic that carries her to another world. Can she reunite her family and find her way back?

On the night that Aunty dies, the raggedy witches come for Mup’s family. Pale, cold, and relentless, the witches will do anything for the tyrannical queen who has outlawed most magic and enforces her laws with terror and cruelty — and who happens to be Mup’s grandmother. When witches carry off her dad, Mup and her mam leave the mundane world to rescue him. But everything is odd in the strange, glittering Witches Borough, even Mam. Even Mup herself. In a world of rhyming crows, talking cats, and golden forests, it’s all Mup can do to keep her wits about her. And even if she can save her dad, Mup’s not sure if anything will ever be the same again. First in a new trilogy by Irish author Celine Kiernan, this tale of family and forbidden magic charts a fresh path through the landscape of beloved fantasy tradition — and promises to bewitch any reader in search of stories to love. 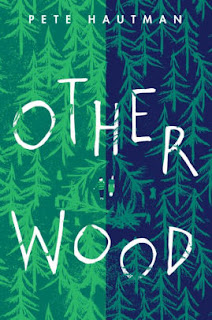 Publisher Synopsis: What happened in the woods that day? Pete Hautman’s riveting middle-grade novel touches on secrets and mysteries — and the power of connections with family and friends.

“Hatred combined with lies and secrets can break the world.” Grandpa Zach used to say that before he died, but Stuey never really knew what he meant. It was kind of like how he used to talk about quantum physics or how he used to say ghosts haunted their overgrown golf course. But then one day, after Stuey and his best friend, Elly Rose, spend countless afternoons in the deadfall in the middle of the woods, something totally unbelievable happens. As Stuey and Elly Rose struggle to come to grips with their lives after that reality-splitting moment, all the things Grandpa Zach used to say start to make a lot more sense. This is a book about memory and loss and the destructive nature of secrets, but also about the way friendship, truth, and perseverance have the ability to knit a torn-apart world back together. 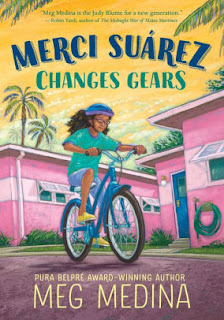 Publisher synopsis: Thoughtful, strong-willed sixth-grader Merci Suarez navigates difficult changes with friends, family, and everyone in between in a resonant new novel from Meg Medina.

Merci Suarez knew that sixth grade would be different, but she had no idea just how different. For starters, Merci has never been like the other kids at her private school in Florida, because she and her older brother, Roli, are scholarship students. They don’t have a big house or a fancy boat, and they have to do extra community service to make up for their free tuition. So when bossy Edna Santos sets her sights on the new boy who happens to be Merci’s school-assigned Sunshine Buddy, Merci becomes the target of Edna’s jealousy. Things aren't going well at home, either: Merci’s grandfather and most trusted ally, Lolo, has been acting strangely lately — forgetting important things, falling from his bike, and getting angry over nothing. No one in her family will tell Merci what's going on, so she’s left to her own worries, while also feeling all on her own at school. In a coming-of-age tale full of humor and wisdom, award-winning author Meg Medina gets to the heart of the confusion and constant change that defines middle school — and the steadfast connection that defines family. 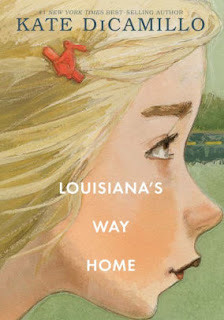 Publisher synopsis: When Louisiana Elefante’s granny wakes her up in the middle of the night to tell her that the day of reckoning has arrived and they have to leave home immediately, Louisiana isn’t overly worried. After all, Granny has many middle-of-the-night ideas. But this time, things are different. This time, Granny intends for them never to return. Separated from her best friends, Raymie and Beverly, Louisiana struggles to oppose the winds of fate (and Granny) and find a way home. But as Louisiana’s life becomes entwined with the lives of the people of a small Georgia town — including a surly motel owner, a walrus-like minister, and a mysterious boy with a crow on his shoulder — she starts to worry that she is destined only for good-byes. (Which could be due to the curse on Louisiana's and Granny’s heads. But that is a story for another time.)
Called “one of DiCamillo’s most singular and arresting creations” by The New York Times Book Review, the heartbreakingly irresistible Louisiana Elefante was introduced to readers in Raymie Nightingale — and now, with humor and tenderness, Kate DiCamillo returns to tell her story. 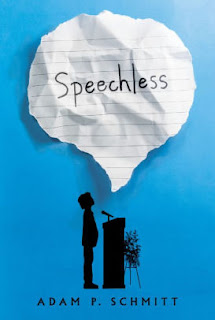 Publisher synopsis: How do you give a eulogy when you can’t think of one good thing to say? A poignant, funny, and candid look at grief, family secrets, difficult people, and learning to look behind the facade.

As if being stuffed into last year’s dress pants at his cousin’s wake weren’t uncomfortable enough, thirteen-year-old Jimmy has just learned from his mother that he has to say a few words at the funeral the next day. Why him? What could he possibly say about his cousin, who ruined everything they did? He can’t recall one birthday party, family gathering, or school event with Patrick that didn’t result in injury or destruction. As Jimmy attempts to navigate the odd social norms of the wake, he draws on humor, heartfelt concern, and a good deal of angst while racking his brain and his memory for a decent and meaningful memory to share. But it’s not until faced with a microphone that the realization finally hits him: it’s not the words that are spoken that matter the most, but those that are truly heard.

Publisher synopsis: Alex has worked out a foolproof plan to avoid being picked on. Don’t React. It’s so simple, it just might work.

David, a boy in his class, Does React. He’s branded a weirdo, becomes an outcast, and is given a terrible nickname. Alex is determined not to suffer the same fate.

But one day, Alex gets a note in his bag that forces him out of his safe little world.

Who sent the note? And is what it promises true—will a boy really fly?

The Icarus Show is a powerful story about friendship, loneliness, and a strange kind of genius.

That's what's new with me. What's new with you? Leave a comment with a link to your stack and I'll stop by.
Posted by proseandkahn at 2:30 AM