WoW is a weekly meme hosted by Breaking the Spine, in which we share the titles whose release we are eagerly anticipating. 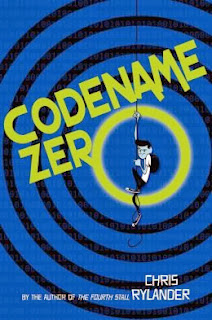 None of these places is in North Dakota.
Carson Fender, seventh grader and notorious prankster, knows this. He’s lived in North Dakota for his entire life, going to the same boring school every day, the same boring movie theater every week, the same boring state fair every year. Nothing ever changes, and nothing ever happens. That is, until today. Because today a desperate man hands him a package with a dire set of instructions. And that package is going to lead Carson to discover that there’s a secret government agency operating in his small, quiet North Dakota hometown.
And that this agency needs his help.

Rylander's Fourth Stall series is quite popular at my school. His fans will be eager to read this new series.